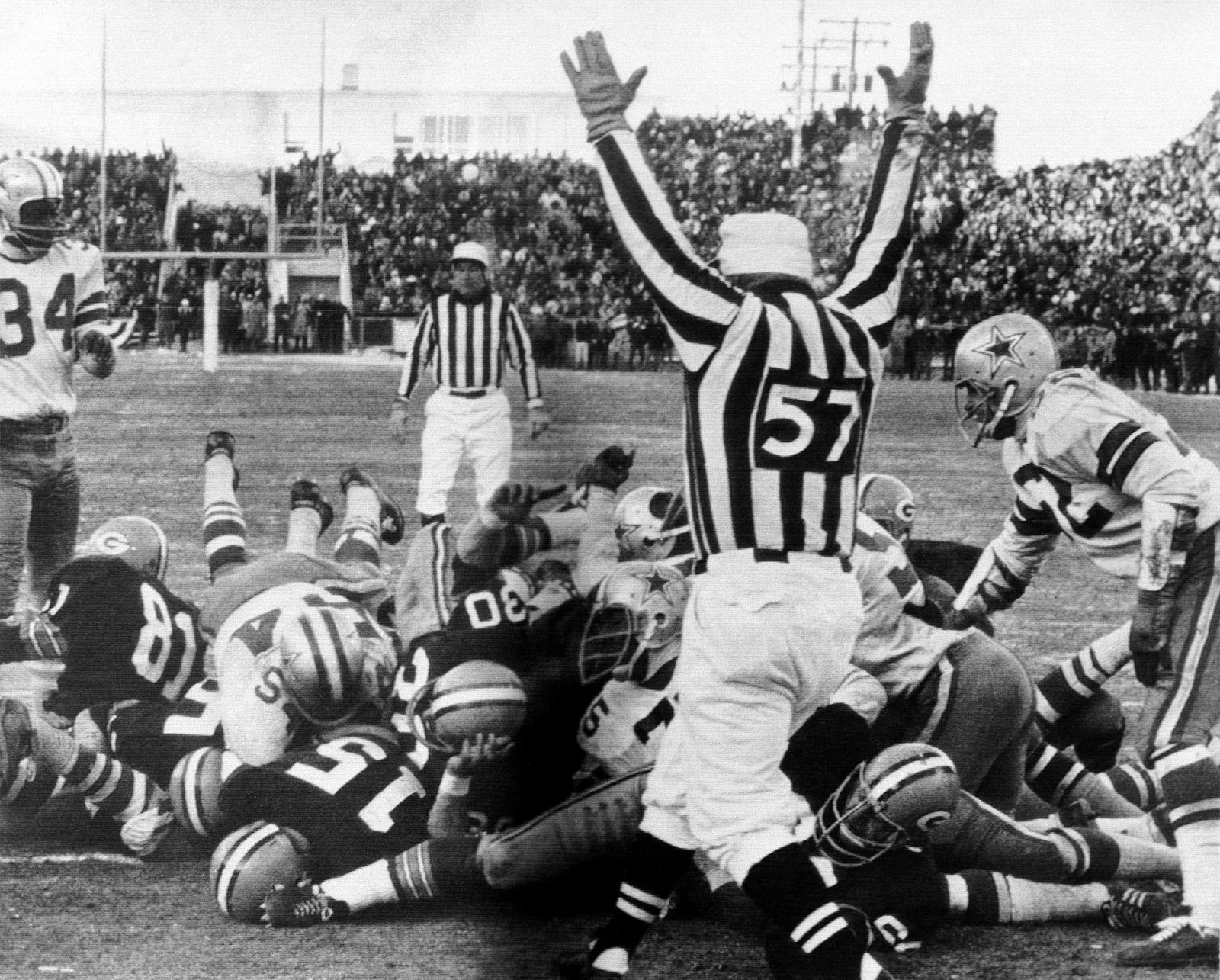 The Past: In reality, the Packers and Cowboys aren’t all that different; both are storied franchises whose heydays came after hiring relatively unknown New York Giants coordinators.  Both had a renaissance of sorts in the 80s and 90s; Jimmy Johnson, Troy Aikman, Emmitt Smith and Michael Irvin for the Cowboys and Mike Holmgren, Brett Favre, Reggie White and Desmond Howard for the Packers both lead their respective teams back into relevance.  Both have been successful franchises in the last couple years; obviously Green Bay boasts a Super Bowl over the last couple of years that the Cowboys have no answer for but to call the franchise “unsuccessful” would be glossing over a decent team who are still the highest grossing franchise in the league.

While the Packers and Cowboys have only played each other 24 times in NFL history; perhaps the most historic game of all time occurred in New Years eve, 1967 where the temperature dropped -15F and an unassuming quarterback from Alabama drafted in the 17th round quarterback sneaked his way into the hearts of Packers nation and became a legend.

The Cowboys would probably like to forget the last time they played the Packers, a 45-7 demolition at Lambeau Field that would ultimately lead to the firing of then head coach Wade Phillips, which was punctualized by several coaching mistakes which ultimately lead to a bad call on a fumble returned for a special teams touchdown being unchallenged because the Cowboys had already wasted all their timeouts.  After that, the entire team simply gave up and let the Packers had their way with the Cowboys; Clay Matthews recorded sack/interception returned for a touchdown while James Jones logged 123 yards and a touchdown on 8 receptions.

The Present: Both the Packers and Cowboys are at a crossroads of sorts for their playoff hopes.  Frankly neither should really be in the discussion; the Packers are a completely different team without starting quarterback Aaron Rodgers and the Cowboys have been wildly inconsistent, almost beating the Peyton Manning lead Denver Broncos but getting blown out by the Bears last week with a backup quarterback that’s just been benched for Jay Cutler.  Still the Packers are 6-6-1 and have a shot to get into the playoffs (especially if the Lions continue to play poorly) while the Cowboys are 7-6 and again are one game out from 1st place in the NFC East.  However in a league of parity, both teams with essentially .500 records are still in the playoff hunts with a reasonable chance of actually getting in says platitudes about how a team’s fortunes can change in a matter of moments.

As for the teams themselves, both Dallas and Green Bay boast top 10 offenses (even without Aaron Rodgers according to FootballOutsiders) and two of the worst defenses in the league (30th and 31st) while the Cowboys have a considerably better special teams unit (8th vs. 21st, however special teams makes up maybe 10% of a team’s production).  Essentially, this could be another game where the defense that steps up and manages to slow down the other teams offense more will win.  Both Dallas and Green Bay will attempt to run a more balanced offense with some no huddle sprinkled in.

The Future: The Dallas Cowboys are in some serious trouble and in the next couple years the Cowboys will have to completely dismantle team and go into full rebuilding mode (i.e. the type that takes several seasons to complete).  The Cowboys have perhaps the worst cap situation in the league, with multiple questionable signings and resignings of veteran players (such as franchising Anthony Spencer and the contract paid out to players like Roy Williams and Doug Free in recent years.)  Frankly the opinion around the league is that owner Jerry Jones is getting to the point in his life/career where he feels he doesn’t have many years left as the Cowboys owner and wants one last Super Bowl to hang his hat on before he rides off into the sunset.  The Cowboys are in a very similar situation to the Detroit Lions, but while the Lions have the convenient alibi of being saddled with ludicrous contracts of old CBA high first round draft picks, the Dallas Cowboys cap woes are almost entirely self inflicted.

While the cap situation in Dallas is severe, the Cowboys will probably be able to massage their contracts for maybe another year or two of cap compliance before the whole situation falls apart.  As such, the team and most importantly ownership are desperate to win now and that’s perhaps the biggest difference between these two teams; the feeling that Ted Thompson exudes is always one where the next year will always be better while Jerry Jones is throwing away future stability for a chance of success now.  Whether or not this plan will ultimately prove fruitful has yet to be seen, however the Packers have won one Super Bowl while looking forward while the Cowboys are still looking to justify their exorbitant contracts year after year.