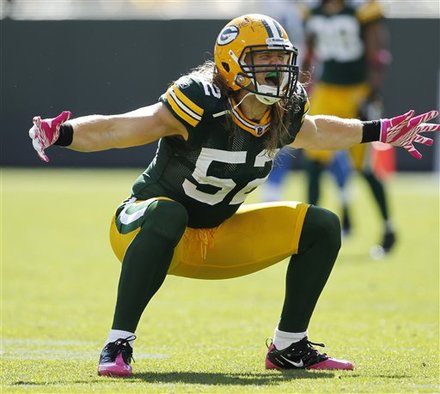 “I’m convinced the articles I’ve seen like this are written by guys who have no actually gone through the trade value charts.  The Packers are going to be in a tough spot trying to trade up and will have to really overpay in number of selections to do it.”

You’d think I was full of it, but its all true.

In reality, the trade value chart has become a staple of NFL draft fandom.  Some people swear by it while other people think its stupid to put a number on talent or potential.   But should we trust the chart and perhaps more importantly, does the chart make any sense in the modern era of football?

But first off a brief overview of the trade value chart.  The chart was purportedly invented by Dallas Cowboys head coach Jimmy Johnson (or an assistant under Johnson) in the 1990’s and was supposedly one of the reasons why the Cowboys were such a dominant team during the period.  During the NFL draft (which was a lot less sophisticated back in the 90’s) many teams didn’t actually know if a trade was good value or not; can you say (without looking) if the 38th pick is worth the 45th and 87th pick?  Even if you could work it out in your head, could you do it in the 15 minutes you had on the clock?  What the trade value chart allowed the Cowboys to do was roughly assess the value of a trade and see it was a good deal in a very short period of time.

However, many aspects of the trade chart are completely arbitrary.  There is no particular reason why the 1st overall draft choice is 3,000 points nor why the very last pick is only worth 2.  There is also no particular reason why the 1st overall pick is 400 points more than the 2nd overall pick, other than the fact that the value chart decays in a roughly logarithmically fashion (nor is there any real reason to believe that this is the best decay to use).   Furthermore it doesn’t take into account perhaps the most important aspect of the draft, which is the players themselves.  Obviously some years are better than others in terms of talent/potential/numbers and that affects how teams are going to trade picks.  A number of really talented quarterbacks would raise the value of draft picks while a number of really talented kickers isn’t likely to change it at all.

Finally and perhaps most importantly, the NFL draft value chart has remained unchanged (as far as I can tell), but the NFL has changed drastically in the last 20 years.  The old CBA made top tier draft picks prohibitively expensive while the new CBA probably has done the exact opposite.  Running backs are now less valuable while quarterbacks are players you mortgage your future on (see Chicago Bears, Oakland Raiders, Washington Redskins etc.) Kickers are…well maybe some things don’t change after all.

Going back to the Packers, and specifically general manager Ted Thompson, how well does Thompson fare in regards to draft pick trades?  Below is every draft pick trade that Ted Thompson has made during his tenure with the Packers. Trades involving picks in future years have been omitted since no one knows at that moment what the actual value of a future pick will be (for instance, no one knows what value the Packers 1st round pick will be in 2013 since it’s dependent on how well the team does in 2012).  Trades also involving players has also been omitted for the same reason that only the front offices of the respective teams knows what value has been assigned to those players.

Overall the data is quite interesting:

Ok, so I wrote the results with a hint of biased sarcasm, so from these results I’ve come up with conclusions

So there you go, trade chart analyzed.  I think the main point to take is that it’s a potentially career ending risk to trade up back into the 1st round or really trade up in the 1st round in general.  However, if you presume that Ted Thompson is a good GM (which a Super Bowl win and a 15-1 team would likely attest to), then the draft chart isn’t the draft bible; it’s a good place to start, but a lot more goes into a trade than just value.  Just look at Clay Matthews III, the worst draft trade of the Thompson era.