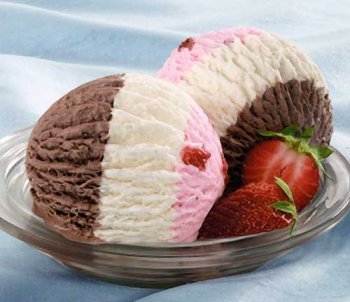 At the moment there are 3 “flavors” of tight ends; everyone’s favorite at the moment is chocolate and that would be the “oversized wide receiver” tight ends like Jimmy Graham or Jordan Cameron, who are players who can take the top off of a defensive secondary while posing a size match up for cornerbacks and safeties while causing speed problems for linebackers.  These types of players are what the NFL craves right now and with the Seattle Seahawks winning the Super Bowl with bigger more physical corners, the most logical response would be for NFL offenses to counter with big and fast tight ends who can beat bigger corners at their own game.  Strawberry would be the “move” tight end, much like Aaron Hernandez or Jordan Reed, who while aren’t the biggest or fastest have the most utility of the group, being able to operate decently as a inline tight end, out in the slot or even as a fullback in some situations (the Packers in particular love this kind of tight end).  Finally, there is vanilla, the old and boring standby of inline or “complete” tight end such as Jason Witten or Todd Heap who were capable inline blockers but could also operate as a safety value for a quarterback in the short passing game.  Each flavor has its own advantages and disadvantages and that’s fluctuated over time as offenses and defenses have evolved in the NFL.

When looking at the Packers under the Mike McCarthy/Ted Thompson regime, the flavors that appeal most have definitely been chocolate (Jermichael Finley, Brandon Bostick) and strawberry (Tom Crabtree, Spencer Havner, Ryan Taylor, DJ Williams) with almost no emphasis being placed on blocking.  And it’s easy to see why, with Brett Favre and Aaron Rodgers at the helm, plays could be extended, wide receivers got the majority of the attention on offense and running backs, outside of a couple years of Ahman Green in his prime, took a back seat to the offensive passing game.  Add to that the aerial explosion that occurred starting around that time and it’s easy to see why the Packers, along with pretty much every other NFL team, starting looking at tight ends more as receivers than blockers.  However, we might just start to see Mike McCarthy and Ted Thompson pick a different favorite flavor this coming draft.

The Packers are arguable one of the most explosive and dominant passing teams in the NFL currently, and they’ve shown that they can maintain their offensive philosophy with different players; Jordy Nelson and Greg Jennings were hurt for the majority of the 2012 season, but that wasn’t a problem as James Jones logged a career year and Randall Cobb started to emerge as a true threat.  This year Randall Cobb and Jermichael Finley were lost for sizable portions of the season and yet the offense still managed to score points (with Aaron Rodgers of course) with Jordy Nelson and Jarrett Boykin.  Simply put, a chocolate type of tight end like Jermichael Finley is a luxury for the Packers and not a requirement.  The Packers were very successful in 2010 and won a Super Bowl without Jermichael Finley, they had a spectacular season in 2011 even when Finley had a down year and probably would have done well without Finley this year had Aaron Rodgers been on the field.  Compare that to the Patriots, whose passing game is designed to go through the tight ends the last couple years and you can see the difference.

The second thing to consider is how the Packers want to respond after finally finding balance in the offense this season; sure, they were essentially forced to find balance with Aaron Rodgers breaking his collarbone, but really this still was probably a blessing in disguise.  It had become apparent that NFL defenses had figured out Rodgers and McCarthy’s game plan a little and stuck with staying back in coverage (mostly cover 2) and forcing the Packers to gain steady yards continually, something that a fast paced, high scoring offense like the Packers will naturally struggle with.  But with Eddie Lacy starting to figure things out in the middle part of the season and you started to see a brutally effective offense that maximizes its opportunities and can control the pace and flavor of a game.  The Packers have now experienced what its like when defenses have to really pick their own poison and I think the biggest change is how the tight ends are used.

The best compliment to a balanced offense is not a seam stretching tight end like Jermichael Finley nor is it a gadget h-back/fullback/tight end like Jordan Reed, its a balanced tight end like Jason Witten, who can not only help block for Eddie Lacy but can also provide a safety valve for Aaron Rodgers, who then can let Randall Cobb and Jordy Nelson run more vertical routes.  In essence, the Packers can afford to lose Jermichael Finley and the type of tight end he represents because they’ve already shown they can live without him.  However, Eddie Lacy has started to show his potential and it would be foolish not to give him some help in that regard; fans rant and rave about finding help for a quarterback, whether its a wide receiver or more offensive linemen, but Eddie Lacy probably needs a good blocking tight end the most while Aaron Rodgers probably needs a big tight end with soft hands in the short game, to counter defenses staying back in coverage and forcing the short gains.  Should defenses shift gears and start to take away the short stuff, Nelson and Cobb are proven deep threats which covers that problem.

Packers fans are probably looking at replacing Jermichael Finley with a similar player like Eric Ebron (North Carolina) or Jace Amaro (Texas Tech) but Packers fans should broaden their search and look at players more like Austin Seferian-Jenkins  (Washington) or C.J. Fiedorowicz (Iowa), who will have great value as their flavor is less popular at the moment while also making the Packers a more balanced team that features both Aaron Rodgers and Eddie Lacy.  In the end, the complete tight end might be the mundane vanilla, but there’s a reason vanilla is the most popular flavor.