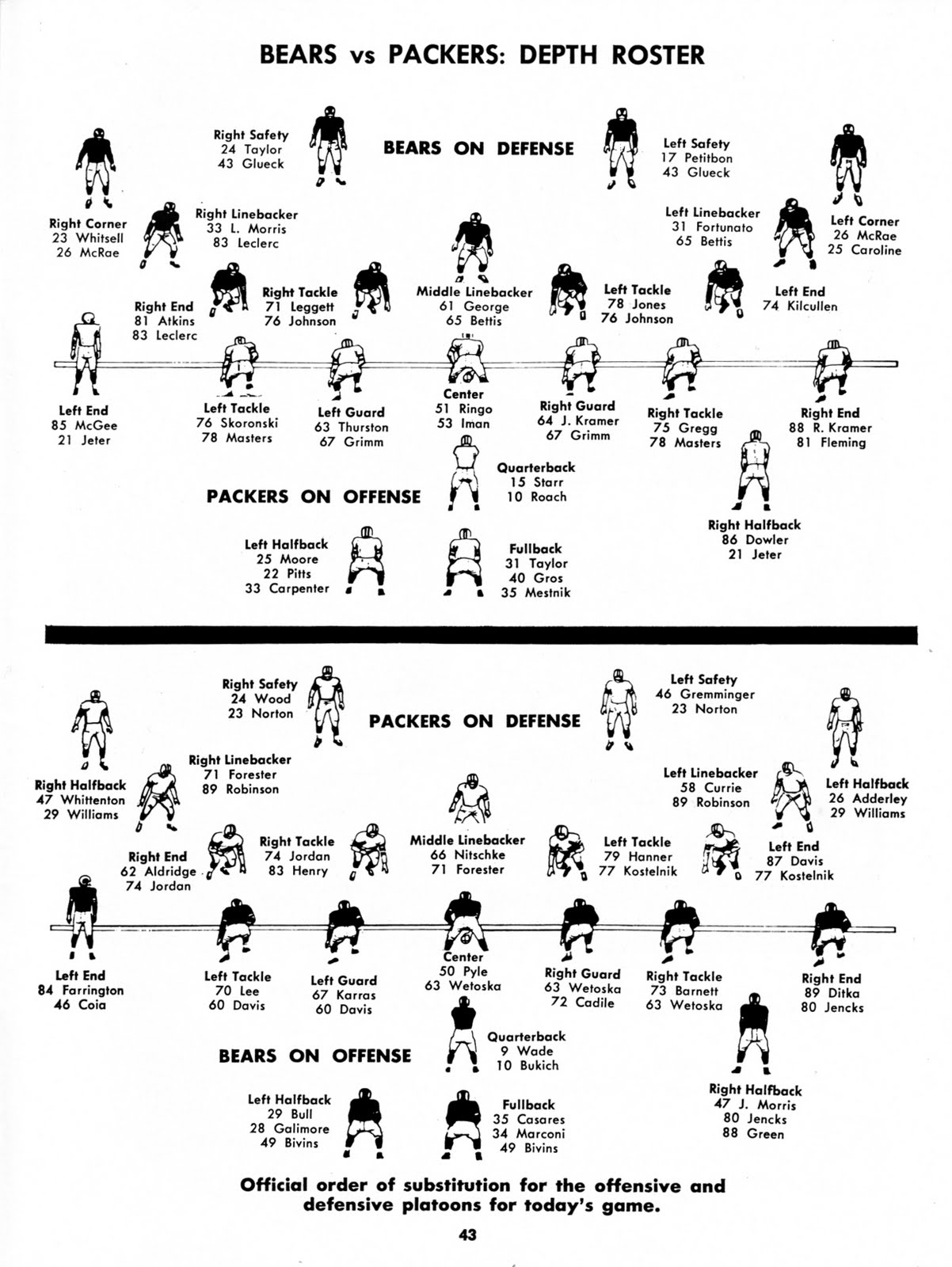 With training camp approaching, fans most cherished prognosticating event, second only to mock drafts is predicting the final 53-man roster.  Our own Adam Czech and Chad Toporski have each done their own analysis of the 53-man rosters and I’m sure the entire AllGreenBayPackers staff will be making predictions further down the road, but instead of doing one this early myself, I’ve decided to write so general rules that I think you should follow when making your own 53-man rosters

Rule 1 – Drafted players almost always make the team: Over his 8 year tenure as the Packers GM, Ted Thompson has only cut 8 drafted rookies by the end of training camp (technically DE Lawrence Guy was also cut last year, but ended up on the IR list, so the Packers still hold his rights and he is part of this year’s training camp so I don’t consider him a true cut). That’s roughly 1 draftee cut per year, so with the Packers taking 8 players in this year’s draft, expect to keep at least 6 or 7 of them on roster.  Also keep that in mind that when trying to add Diondre Biorel, Tori Gurley or Dezman Moses to the roster, drafted players almost always get preferential treatment unless an undrafted rookie has played lights out.

Rule 2 – Focus on special teams: It’s pretty easy to put down Aaron Rodgers, Clay Matthews, Charles Woodson, Greg Jennings and Jermichael Finley on the roster, but the further down you go on the depth chart the murkier it becomes.  Consider what backups and 3rd string guys are really on the team for: to develop and in the mean time play on special teams.  Players who can play on special teams and play well have a significantly higher chance to stick on the roster than players who can’t play special teams.  In the last 2 years three undrafted rookie free agent linebackers (Frank Zombo, Jamari Lattimore and Vic So’oto) made the team, at least initially due to their special teams ability.  Also one of the big reasons why 2011 1st round pick Derek Sherrod spent most of the season on the inactive list (before getting sent to IR) was because Marshall Newhouse won the backup tackle spot and tackles are pretty terrible at special teams (not his fault, what makes him good as a tackle makes him bad as a special teamer).

Rule 3 – Take into consideration free agency: The Packers will try to protect themselves from losing players to free agency (whether they manage to do it is a different matter).  The best case scenario is when Brett Favre is replaced by Aaron Rodgers or Daryn Colledge is replaced by TJ Lang, but even when Cullen Jenkins is replaced by Mike Neal, at least you can see that the front office had a plan to replace Jenkins.  Also keep in mind that as the Packers are a “draft and develop” organization, you need to consider who will be entering free agency in the next couple years, as it will take about that much time to draft and develop a replacement.

Rule 4 – FB=TE: Mike McCarthy has stated repeatedly that he treats fullbacks and tight ends as the same position (excluding perhaps Jermichael Finley who would probably be considered a big wide receiver).  Last year the Packers kept 5 tight ends by primarily stealing two slots from the fullback position.  Also keep in mind that Tom Crabtree and Ryan Taylor have the ability to block from the backfield, so one of them is likely to stick as the backup behind John Kuhn.

Rule 5 – Practice squad players are free agents: One fallacy that many fans think is that up and coming players can be “stashed” on the practice squad.  While this is technically true, practice squad players are contractually free agents and can sign with any team at any time so there is a risk of cutting a talented but green rookie and ending up watching them play for another team.  Another thing to consider is that even if Diondre Biorel or Tori Gurley are cut again (and it’s likely at least one will), clear waivers and are resigned to the practice squad, I don’t think the Packers will be able to entice either one to stay on their practice squad in return for a pay raise; both want to play in the NFL and if it’s not on the Packers it will be with some other team; so if you want Biorel or Gurley to play for the Packers, it’s going to have to be on the 53-man roster.

Rule 7 – If you decide to keep an unusual number of players at a position (i.e. 7 wide receivers), you better have one damn good justification:  Rob Demovsky from the Green Bay Press Gazette recently went on the record that he believes that the Packers will keep 7 wide receivers.  Admittedly Demovsky was put on the spot when answering the question, but your rationale for keeping that many wide receivers better be rock solid.  How will 7 wide receivers function on the team?  You can’t have any more than 5 on the field at one time so presumably at least one will be inactive every game, and if that’s so wouldn’t you want that inactive player to be in a position with less depth as the wide receiver group?  What players do you take out by having 7 wide receivers, and how does the team compensate for that (for instance, if you keep 7 wide receivers in exchange for cutting Tom Crabtree, who is the blocking tight end/backup fullback? Do you think Ryan Taylor can handle being the backup fullback?)  Do you believe that the 7th wide receiver is better or more useful than the 5th tight end, or the 9th LB?

Rule 8 – Take into consideration the age of the players: Based on Jeff Saturday’s age alone, I would argue that whoever ends up winning the backup interior linemen spot better be able to play center well.  I’d also say the same for DE/NT Ryan Pickett, while he has held up remarkably well throughout his career, he’s 32 and 340 pounds and physics and physiology dictate that men aren’t supposed to be that big and go through that much physical stress for that long; on that vein when you consider that Pickett is the primary backup at NT and it’s likely that the Packers will have to keep at least one other “big man” on the team (though it might be on the practice squad)

Rule 9 – Make sure you math adds up: Perhaps the worst sin you can ever commit when making a roster is having too many players on a team; everyone can count so there’s no excuse for having 55 players on a roster (it would also probably explain why it was so easy to get all your favorite players on the roster).  The only way I can think of that fans can cheat this rule this year is by sticking players in roster limbo, like putting Andrew Quarless on the PUP, Mike Neal and Anthony Hargrove on the suspended list and what not.

Rule 10 – Crazier things have happened: You may or may not agree with any of the rules above; I think their pretty rationale, but the Packers have done some pretty crazy things like keeping 3 fullbacks in 2009.  If you truly think that the Packers are going to trade Aaron Rodgers for Tim Tebow, go ahead and put it down, realistically everyone is going to be way off anyways so have fun with it.