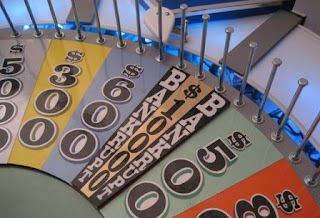 In this 2-part series, I will examine the Packer’s crop of undrafted free agents and predict their chances of making the 53-man roster:

With fourteen new undrafted free agents (UFAs) signed in 2009, the Packers are once again spinning the “Undrafted Free Agent Wheel of Fortune”. Will the spin produce a winner or will they hit bankrupt and go away empty-handed? Recent history indicates the Packers will walk away with at least a consolation prize.

In each of the last four years, at least one UFA has made the Packers 53-man roster. Will the trend continue in 2009? Lets first take a quick look at the candidates.

Trevor Ford, Troy / Florida State. 6′ 0′, 188 lbs, 4.48 40 yd dash. Ranked 76th out of 312 cornerbacks by NFLDraftScout.com. Transferred from Florida State to Troy after freshman year. Sat out sophomore year, played in 7 games as a junior and started every game as a senior. Signed by the Packers after a tryout invitation to their rookie camp.

The Packers currently have nine cornerbacks on the roster – they carried 5 last year.
Sure things: Woodson, Harris, Williams, Blackmon. Probables: Lee, Bush and Underwood battle for a spot. They could carry 6, since both Bush and Underwood can double as safeties. While I list Blackmon as a “sure thing”, that’s primarily because of his kick-returning. If a good kick-returner could be found elsewhere on the roster, his spot could be in jeopardy – but that’s not likely. Little chance here for Trevor Ford.

Prediction: Trevor Ford – no shot at roster spot. Could be cut before camp to make room for one of the still unsigned draft picks.

Dean Muhtadi, Maryland. 6′ 3″, 295 lbs, 4.98 40 yd dash. Ranked 66th out of 158 defensive tackles by NFLDraftScout.com. Division III transfer who played in 13 games as a senior, starting three. Highest GPA on the team. Signed by the Packers after a tryout invitation to their rookie camp.

The Packers currently have four nose tackles on the roster – only two will be kept.
Sure Things: Pickett and Raji. Now that Jolly’s court case has been put off, he will provide the depth at the NT position and probably be in the rotation at DE.

Prediction: Dean Muhtadi – Much less of a shot with Jolly now available. Ability to play DE a plus. Will compete with Anthony Toribio for a practice squad spot.

Ron Talley, Delaware. 6′ 3″, 282 lbs, 4.98 40 yd dash. Ranked 74th out of 175 defensive ends by NFLDraftScout.com. Started at Notre Dame, saw action as a red-shirt freshman and sophomore, but left the team halfway through the season. Started 18 of 24 games over two seasons for Delaware and recorded 89 tackles and 6.5 sacks. Voted a team captain and was known as a fierce run defender. 3.5 GPA and currently taking graduate courses.

The Packers currently have seven defensive ends on the roster (not including Raji) – will keep 5 on the roster or possibly 4 if a NT/DE like Muhtadi is kept.
Sure things: Jenkins, Jolly (yes, that’s it!). Probables: Montgomery. Questionables: Harrell, Wynn, Malone

Certainly one of the most tenuous positions on the Packers as far as depth goes. Where will the depth come from? Until he proves otherwise, the Packers can not count on Harrell. The rest of the DEs on the roster are a rag-tag collection of undrafted free agents and a rookie 6th round pick. The only good news is that you can assume the Packers will play 4-man fronts part of the time, with Kampman as a situational DE.

Prediction: Ron Talley – Might have the best opportunity of any . He has to beat out the 6th round draft pick, Jarius Wynn and Alfred Malone, which is certainly possible.

Cyril Obiozor, Texas A&M. 6′ 4″, 267 lbs, 4.74 40 yd dash. Ranked 31st out of 175 defensive ends by NFLDraftScout.com. Played defensive end in college, started the final 28 games of his collegiate career. Big play defensive end, led the Aggies in both sacks and tackles for loss. One of the players the Packers brought in for a pre-draft workout. He received the largest signing bonus of any of the Packers UFAs.

The Packers currently have twelve linebackers on the roster. They should carry nine or ten.
Sure Things: Barnett, Hawk, Kampman, Matthews, Poppinga. Probables: Bishop, Chillar, Thompson. That leave one or two spots open for Brad Jones, Obiozor, and Danny Lansanah.

Prediction – Cyril Obiozor – While he doesn’t have the easiest path, he has a strong fighting chance if he can handle the conversion from DE and excel on special teams. Good size, decent speed and a hard worker. Has the right body type for the OLB position. I think the Packers will keep 10 linebackers and he makes the team.

Look for part two of this series where we examine the offensive undrafted free agents on the Packers roster.